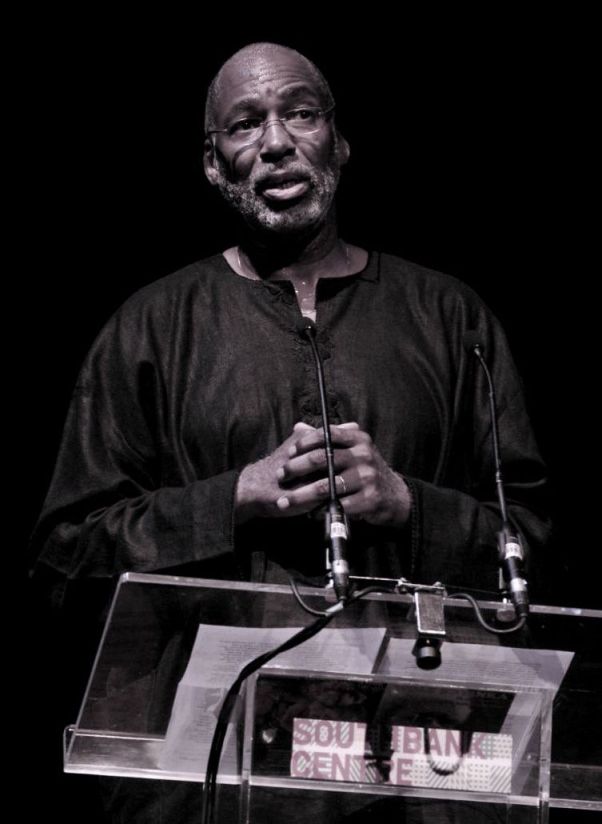 Chuck was born in Brooklyn, New York and has lived in Nigeria since 1976. A practical disciple of Wole Soyinka and former MacArthur Foundation Fellow he is a distinguished actor, producer, director and theatre activist of enormous energy. Producer of four festivals/seasons of theatre for CAFTAN (Collective Artistes Festival of Theatre Arts Nigeria) he is founding director of The Performance Studio Workshop (Nigeria) and Collective Artistes (Nigeria and UK). His forte is “devising” Theatre for Development. Spaces of work range from villages across Southern, Western, and Eastern Africa to The Kennedy Centre, Lincoln Centre (USA), West Yorkshire Playhouse, The Royal Court (UK), MUSON Centre, and The National Theatre (Nigeria). Some of his main stage credits include; The Gods Are Not to Blame, A Raisin in the Sun, Fences, Home, The Crucible, Makbutu (after Macbeth), Tegonni (after Antigone) and Death and the Maiden. His UK productions include Unsung, ZHE: (NOUN) UNDEFINED (co-authored by himself), The Meeting, The African Company Presents Richard III, The Lion and the Jewel, It’s Just a Name by Don Kinch (Birmingham Rep), Trojan Women/Women of Owu adapted by Femi Osofisan, (UK Tour), Sense of Belonging devised by himself with the Performance Studio Workshop (Arcola), Things Fall Apart (World Tour) and a Nigerian adaptation of Yerma (UK Tour) both adapted by Biyi Bandele. The latter went on to win the Barclays TMA theatre award for best supporting actor after a successful Edinburgh Festival run. Chuck also shares his off season time with teaching and has taught or conducted workshops at various institutions across the globe some of which include the Universities of Ife and Ibadan (Nigeria), Leeds, Oxford and The Royal National Theatre Studio (UK), Smith College, New York University (USA) and the University of Toronto. Currently he holds an Associate Professorship at the University of Richmond, Virginia, USA.