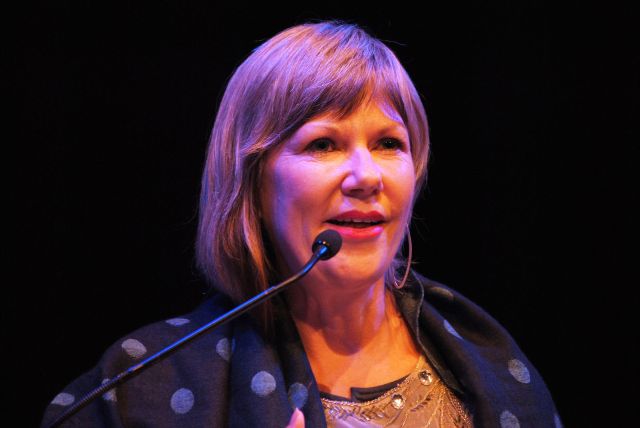 Jude Kelly is the Artistic Director of Southbank Centre and an award-winning director of more than 40 productions for stage and screen. Her many productions include ‘Singin’ in the Rain,’ which won an Olivier Award (Best Musical), ‘The Seagull’ and ‘The Tempest’ with Ian McKellen, ‘Johnson Over Jordan’ and ‘Othello’ with Patrick Stewart, ‘When We Are Married’ with Dawn French, the English National Opera’s productions of ‘The Elixir of Love’ and ‘On the Town’, nominated for an Olivier Award (Best Musical) and Carmen Jones at the Royal Festival Hall. She was awarded the OBE for her services to theatre in 1997. Jude previously directed a staged production of ‘The Wizard of Oz’ at the West Yorkshire Playhouse in 2002 and again at Southbank Centre in 2008.

Jude has a 26-year career founding various theatres and arts centres. She became the first Artistic Director of the West Yorkshire Playhouse in Leeds, the country’s largest regional theatre. In 2002, she founded Metal to champion the need for continual investment in artistic investigation and the creative process.

Jude is much in demand as a commentator and spokesperson for the arts, having represented Britain with UNESCO on cultural matters, served on the Arts Advisory Committee for the Royal Society of Arts, and jointly chaired with Lord Puttnam the Curricula Advisory Committee on Arts and Creativity. She is chair of Common Purpose International Trust, Board Member of the British Council, member of the London Cultural Consortium and visiting professor at Kingston University and the University of Leeds.