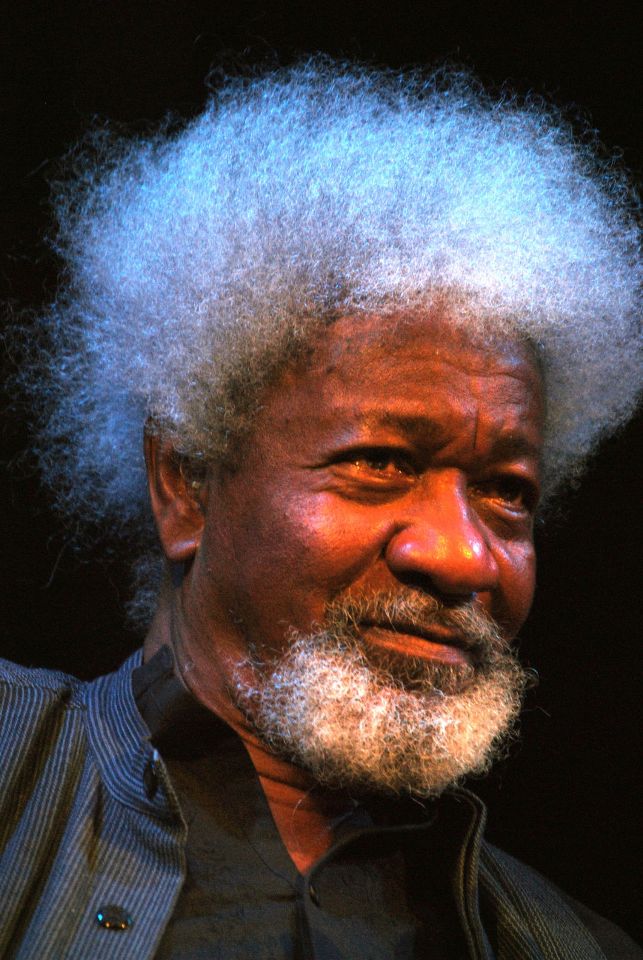 Wole Soyinka was born on 13 July 1934 in Abeokuta, near Ibadan in Western Nigeria. After preparatory university studies in 1954 at Government College in Ibadan, he continued at the University of Leeds, where, later, in 1973, he took his doctorate. During the six years spent in England, he was a dramaturgist at the Royal Court Theatre in London 1958-1959. In 1960, he was awarded a Rockefeller bursary and returned to Nigeria to study African drama. At the same time, he taught drama and literature at various universities in Ibadan, Lagos, and Ife, where, since 1975, he has been professor of comparative literature. In 1960, he founded the theatre group, “The 1960 Masks” and in 1964, the “Orisun Theatre Company”, in which he has produced his own plays and taken part as actor. He has periodically been visiting professor at the universities of Cambridge, Sheffield, and Yale.

During the civil war in Nigeria, Soyinka appealed in an article for cease-fire. For this he was arrested in 1967, accused of conspiring with the Biafra rebels, and was held as a political prisoner for 22 months until 1969. He spent most of his time in solitary confinement where he wrote his vitriolic memoir “The Man Died” in between the lines of books smuggled into the prison. Since his release, Soyinka has been in and out of exile in accordance with the ever-changing political environment of Nigeria.

In 1986, Soyinka won the Nobel Prize for Literature. He has published more than 30 works of drama, fiction, non-fiction and poetry. He writes in English and his literary language is marked by great scope and richness of words. His best known plays include ‘Swamp Dwellers’ and ‘The Lion and The Jewel’ (written during his time in London), ‘The Trial of Brother Jero’ and its sequel ‘Jero’s Metamorphosis’, ‘A Dance of the Forests’, ‘Kongi’s Harvest’, ‘Madmen and Specialists’, ‘Death and the King’s Horseman’, ‘King Baabu’ and ‘The Beatification of Area Boy’.