The Lion and the Jewel is considered to be Nobel Laureate Wole Soyinka’s first masterpiece. Written at the age of 23, and first seen at the Royal Court in 1958, the play is a lively ribald comedy with dark undertones which combines Soyinka’s Yoruba folk traditions with a modern European style.

The first major revival of the play in the UK since 1990, The Lion and the Jewel was part of a festival of work under the umbrella title of Young Genius, a co-production of the Young Vic and Barbican BITE in autumn 2005. The play toured the UK and was also part of the 2005 Decibel Showcase. 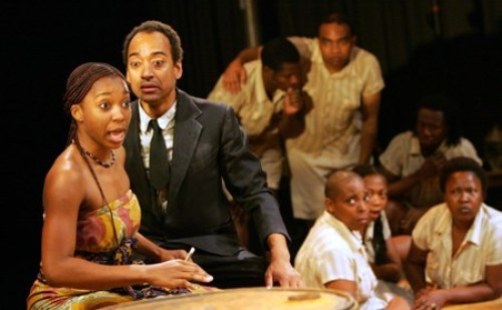